The Chauka system is a water collection method in which water is stored by making squares less deep pits. If you look at the design of the Chauka, it is high on three sides, while it is shielded from one side, water comes from this side, it is like a pond.In the vacant ground where the rainwater can stop 9 inches, there are 3 wide meds or walls are made, the main med is 220 feet in length and both side walls are 150 -150 feet long.
Role levels are 9 inches so that the depth of water is only 9 inches because when grass is grown on water, it should not be rotten because the grass starts rotting due to excess water.
But keep in mind that the distance between the two squares is the distance between the squares is 3 meters so that the water pressure is not high and there is no problem in staying water.

Given the state of Lapodia village in Rajasthan, this system proved to be a magic or boon there because there was no use of land in this village of Rajasthan because there was no water or irrigation system which neither crop production, animal husbandry or Good living was not possible, new fights were fought every day and these people had very little income, due to which there was a problem of starvation.

Currently, developed countries like Israel, who have been at the forefront of almost all discoveries in every field of agriculture, also come to Lapodia village and nearby village of Rajasthan to learn this technique.

How does the Chauka system work-
In this technique, when it rains, the water that falls is small. Flowing from the slope, it gets collected in the square, the speed of the sister of water is so slow that it does not cause erosion of the land. In this way the water becomes one and it can be used easily when it is dry. Due to which crop production and animal husbandry are encouraged more and more.

Benefits of the Chauka system- 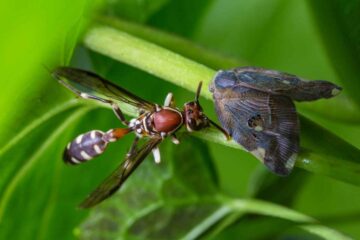